The Tasmanain campaign was designed to depart from traditional anti-smoking campaigns that are traditionally built on guilt or shock treatments. The campaign was intended to be optimist, a celebration of choice depicting specifically chosen Tasmanian Aboriginals ambassadors with influence in their communities.

The campaign aims to capture the inner strength and pride associated with each ambassador’s choice to stop or never start smoking. Personal ambassador statements aim to connect with people at a similar smoking crossroads, and a consistent campaign headline creates a united call to action.

The campaign is all about generational change, targeting youth. To do this we have targeted the youth to start a conversation and secondly the family in an effort reduce the accessibility in the home. The campaign was rolled out across Tassy on billboards, posters, merchandise and website and will continue to be the primary message ongoing. 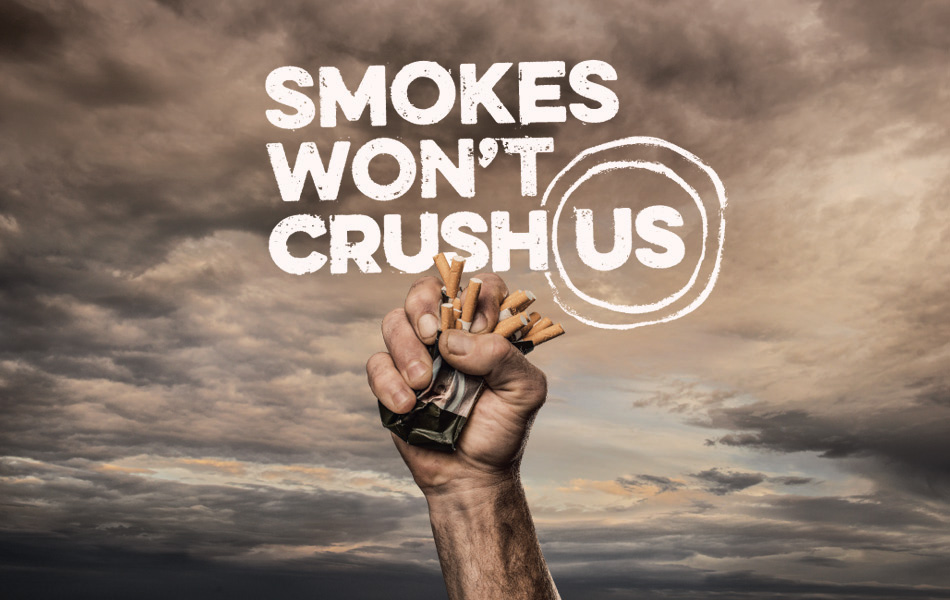 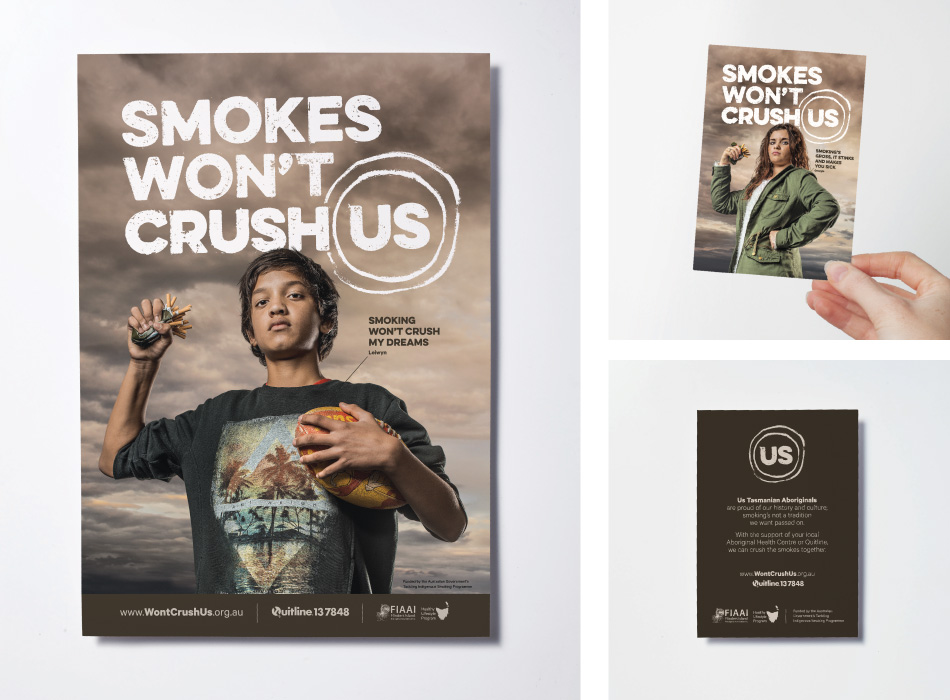 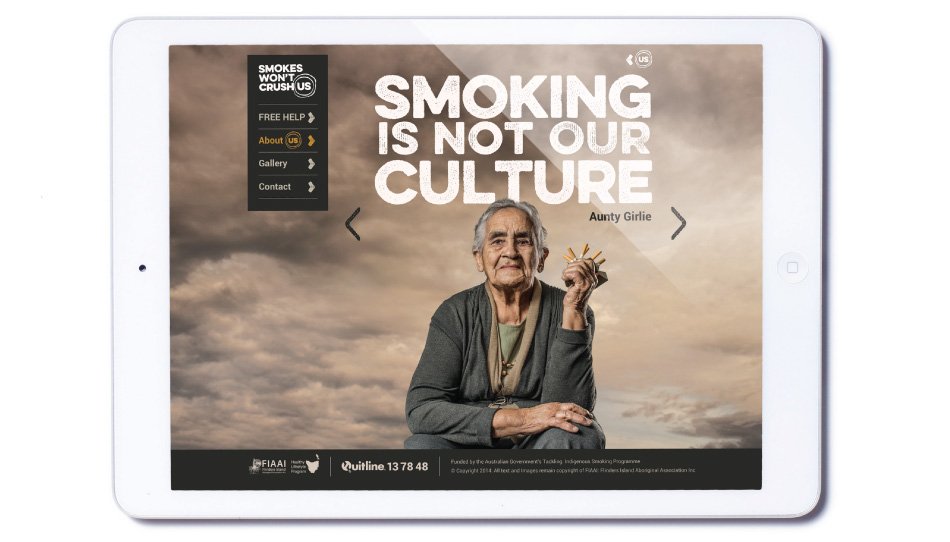 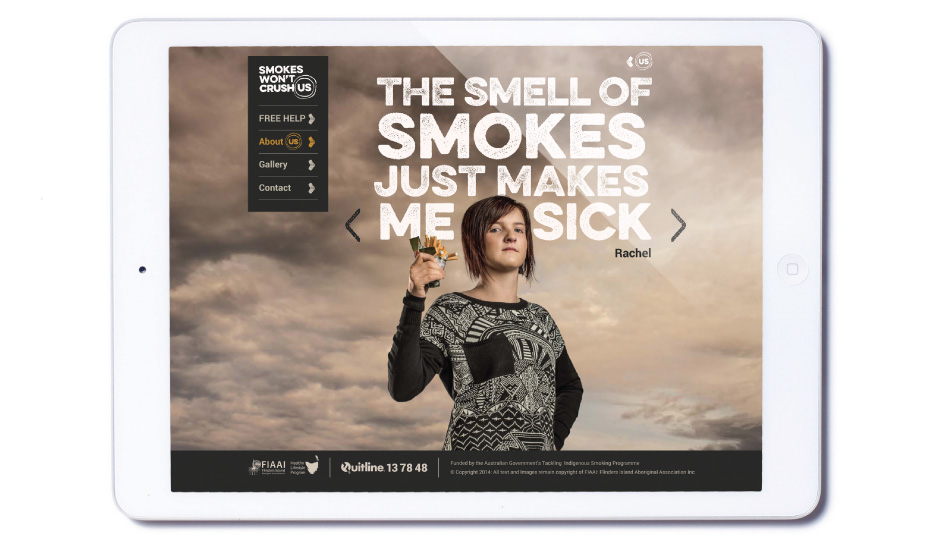 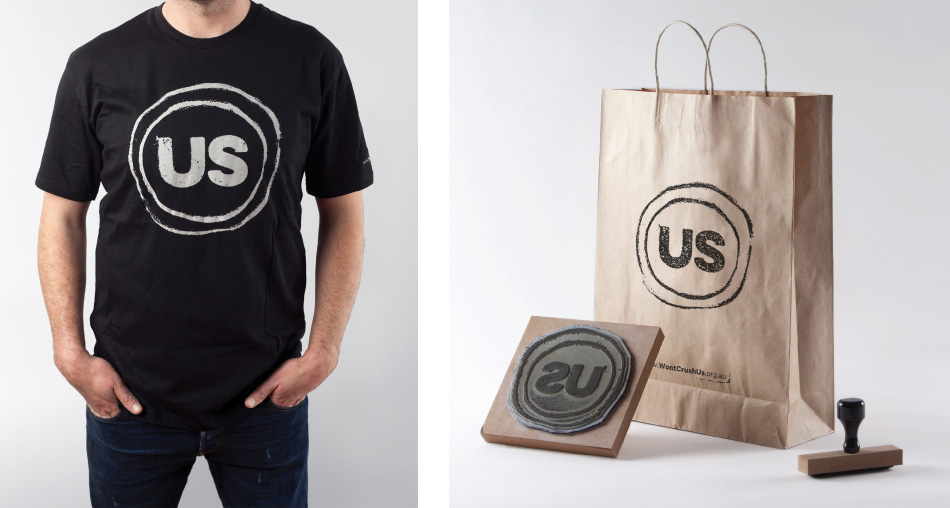 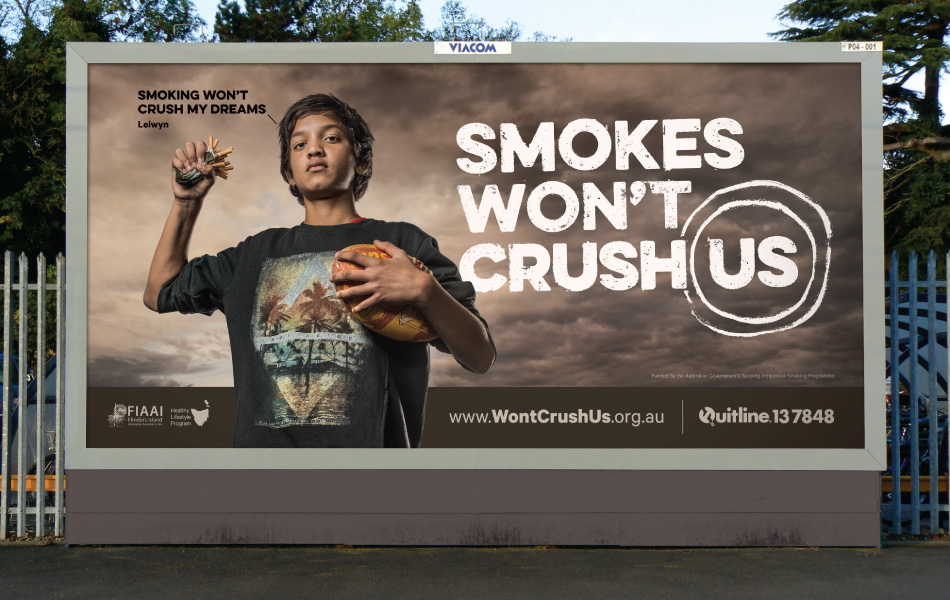